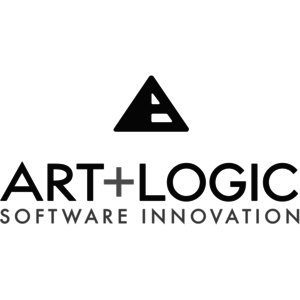 Art+Logic is a software development firm that designs, develops, and delivers high-level tech solutions for their clients. The company  specializes in mobile apps, web software, desktop software, IoT, and has recently branched into product development where they are putting their software expertise to use contributing to the evolution of new ...

hardware. Since 1991, Art+Logic has built a strong reputation solving tough technical problems that other firms couldn’t, relying exclusively on their talented team of dispersed North American engineers, designers, and developers to get the job done. They pioneered remote work, allowing them to bring on the best talent possible regardless of their location. Their design team is on the cutting edge of human-centered computing, focusing on building beautiful user interfaces and seamless experiences. The Art+Logic development team ensure that their clients benefit from the most effective, efficient, and reliable technologies for their projects.

Software, Hard Data: How close collaboration between software and hardware can inspect products too important to fail

Art+Logic’s Bob Bajoras has noticed something interesting often happens when clients first lay out a problem they hope the software team can solve: “They’ll present the problem in the form of the solution,” he notes. “We then get to ask, ‘Why do you want to do that? What’s the problem you want to solve?’ What they’re suggesting will work, but, with our understanding of what can be done with software, we often realize we could do more than just that. This leads us to a solution that does more than expected.”

In the field of non-destructive testing (NDT; when physical properties can be assessed without damaging the component in question), software that does more than the obvious can create more nuanced and valuable approaches, whether the goal is determining a jet engine turbine’s flight-worthiness or assessing a critical oil pipeline a thousand miles away. Software design and implementation become a key piece in turning a simple ultrasound probe into a tool that can save millions of dollars and save lives, as it can capture and aggregate data and then clearly convey the physical state of a test piece in a simple-to-operate-and-interpret user interface.

Sensor Networks Inc. (SNI) came to Art+Logic with an idea for how to monitor pipeline integrity, one they could sketch out and unleash the developers on, thanks to Bajoras’ extensive background in industrial testing. The two teams had to figure out how to unite SNI’s expertise in electronics and ultrasonic testing with Art+Logic’s robust software development practices. The goal was to create a solution that could serve technicians installing probes in pipelines and other applications in the field, as well as clients who needed to interpret sensor data to determine the integrity of their infrastructure.

“It was a huge advantage, because they knew all the jargon and terminology we use in the industry,” explains Sensor Networks’ Mark Feydo. “We had a crazy dream and a general idea of what it looked like in practice. Bob and the Art+Logic team took off and did it. We didn’t have to do wireframes, no screen by screen stuff, no detailed documents explaining things. It saved months of our time.”

The dialog proved highly fruitful, as the software team suggested ideas about how to make the most of the hardware’s capabilities and how the data could be presented. “With NDT, we understand the applications well,” says Bajoras. “We can help guide hardware design. We’re able to point out that, if you can make the hardware do this for us, we could do even more.”

The solution developed by Art+Logic included a tablet application used in the field and a web application. One helps techs set up sensors and one presents the data gathered by these sensors to ultrasonic technicians. These developments helped Sensor Networks’ customers measure the thickness and corrosion present in pipelines and thus schedule necessary maintenance. As SNI’s projects evolved, they began to incorporate hardware using different protocols, including IoT-style installations. This advancement required Art+Logic to create a bridge app that allowed these new systems to be incorporated into previous data-gathering formats.

“For IoT devices, battery power is a major issue. When you have a device that’s 150 feet in the air or underground, access is a huge deal, and that means your battery needs to run for five to ten years before it has to be replaced,” explains Feydo. “Art+Logic suggested how we could pack and encode the data to reduce the amount of data we have to send each time.”

Software can also add significant value layers to hardware, as machine learning and other tools evolve. “We’ve made the software able to make predictions and indicate when a part should be replaced based on the observed corrosion rate,” Bajoras says. “They could schedule replacing the part before it actually fails. That’s an incredibly valuable capability, but it’s a trivial task for software if you have the right data.”

“We view Art+Logic as members of our team, not contractors we order around. They support us, and when there’s a problem, they jump right in,” notes Feydo. “They get it sorted out and get our customers happy again.”

About Art+Logic:
Art+Logic has been designing and developing innovative custom software since 1991. They have built software for over 900 clients from a diverse set of industries including education, aerospace, music technology, consumer electronics, entertainment, financial services, and more. With a talent for coding “the impossible,” they are industry leaders in providing software solutions to companies like NASA, General Electric, Google, Apple, Intel, and Motorola.Visit their website at artandlogic.com.